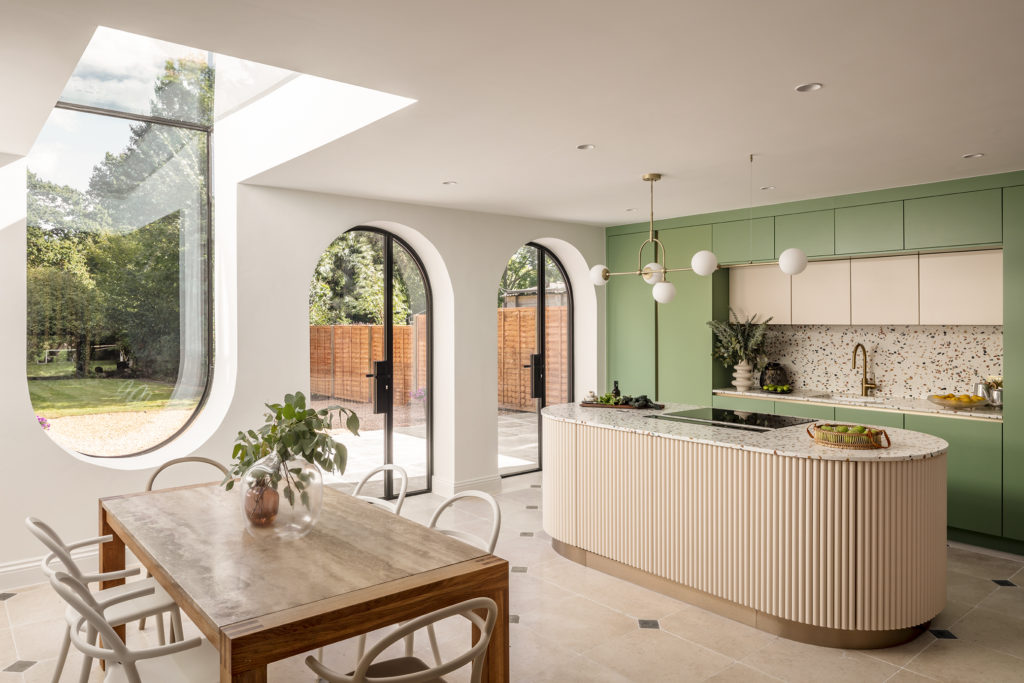 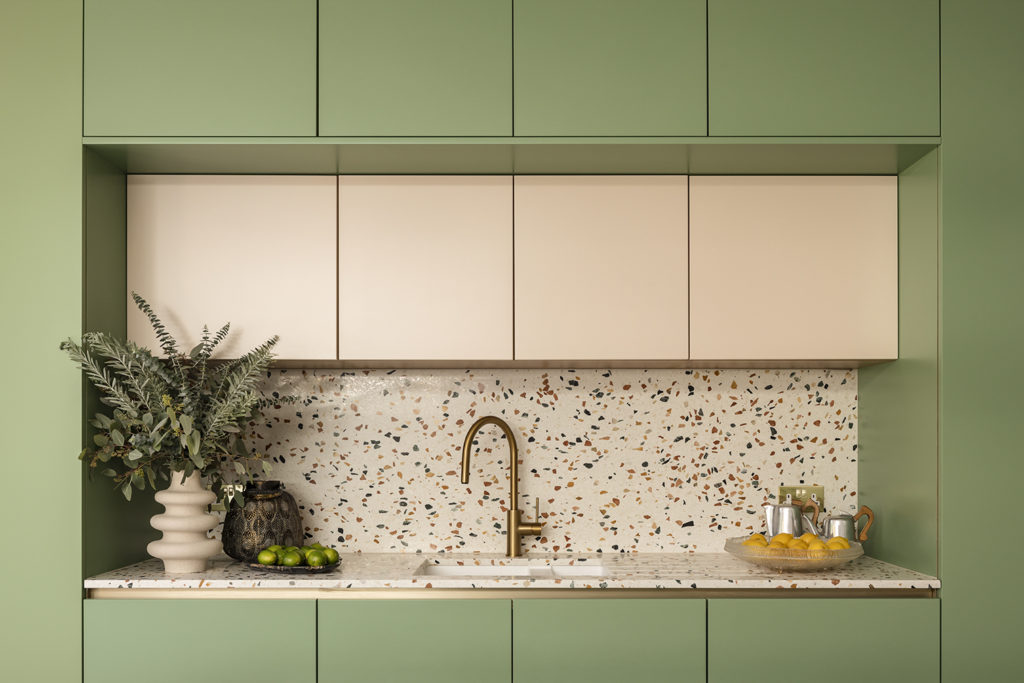 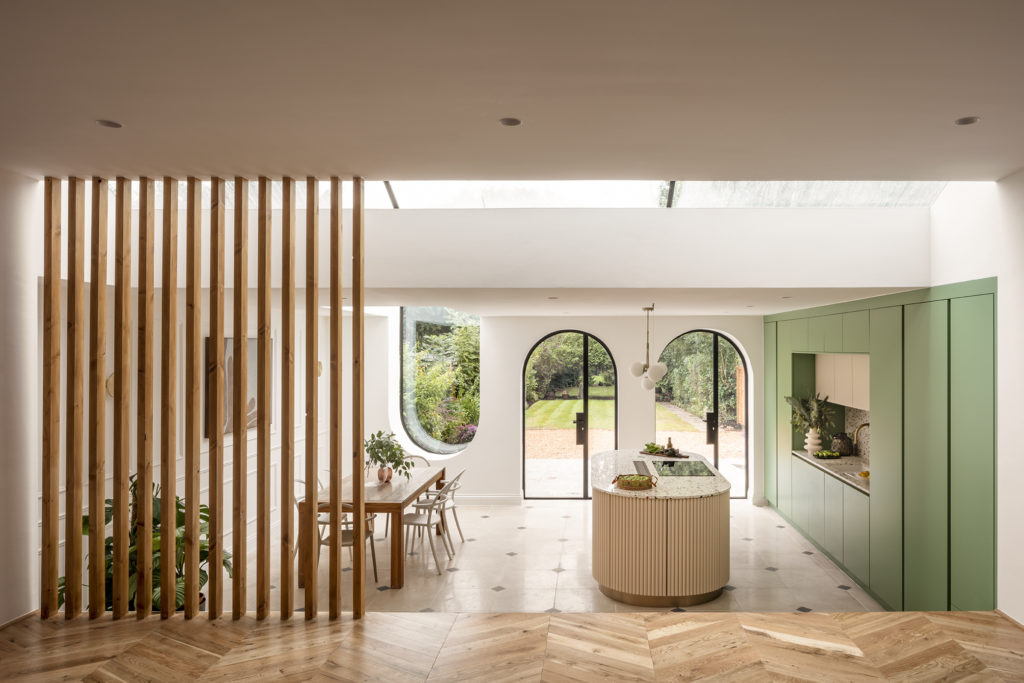 The latest interiors programme to hit the small screen, Extraordinary Extensions is presented by property and design enthusiast Tinie Tempah, who rose to fame as a rapper in 2010 before becoming a TV personality. In the programme, Tinie follows homeowners undertaking major home extensions, with projects including an £11million mega basement and a million-pound glass structure near the sea.

Diespeker was approached by London architect Abul Mahdi from Studio Jayga Architects who was working on a project in Essex which was to be featured in the programme – the production company had spotted the designs and thought the project would be a great match.

“It’s quite a unique site; the property has an enormous garden over 300 feet long, much larger than neighbouring properties. The existing internal layout included a narrow galley kitchen with a small extension which was used as the dining room to the rear. A set of narrow steps led down into the garden where there was a large outbuilding obstructing the view and reducing natural daylight into the house.”

Mahdi’s clients, an NHS surgeon and banker wanted their new extension to be an open plan space for modern day living. His approach was to demolish the unsightly outbuilding and drop the floor level of the new extension to the garden level. This created a split level space with internal steps providing a direct physical and visual link to the garden.

The clients were keen to pursue the idea of having a ‘hidden’ kitchen. Without a great deal of wall space, Mahdi convinced them that the kitchen could be flush to the wall, with an elliptical island in the centre of the room echoing the curves of the doors and bringing some colour and fun onto the worktop. Step forward Diespeker!

The chosen terrazzo was Diespeker’s cement based TE084A, which has proved to be extremely popular since its introduction to the range. It’s a versatile design that works well with a wide range of interior styles and colour palettes, giving a real pop of joy, ideal for this couple with challenging jobs who desired a space for relaxing with a bit of fun and playfulness for their two children. Mahdi agrees. “The terrazzo design works well within the space, complimenting the natural materials used within the design, including the wood and limestone flooring and the garden outside.”

The terrazzo was used for two countertops, one for the sink area which included drainage grooves and a large splashback and the other a pretty, curved island which echoes the attractive and unusual curves in the windows and door of the extension (the home has been renamed nnU House to reflect this). The elliptical island is wrapped with timber flutes created by bespoke kitchen maker Sheraton Interiors.

The ‘hidden’ kitchen design means that the handles are unobtrusive. Drawers in the island are push operated, while the wall cupboards have recessed handles. The extractor for the hob in the island is cleverly hidden.

Diespeker undertook all the cut outs, grooves, grinding and polishing prior to installation. Working with the company was a positive experience, Mahdi said. “I was very impressed with them; it was a superfast turnaround and they installed it in record time. They did a great job!”

You can watch the programme here