Terrazzo tops the bill at Llewelyn’s 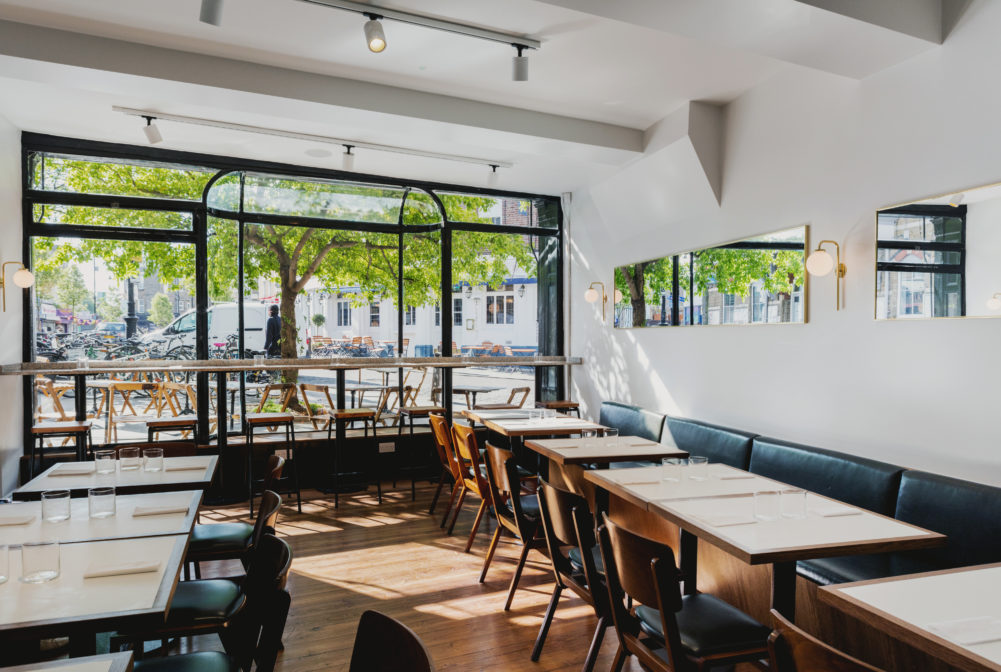 When Diesepeker was brought into the mix, the architect, Henry Harker of new London practice HH+, had already agreed a palette with the client. They initially intended to use Corian throughout, but during discussions decided that terrazzo would be a better look for the interior of the restaurant.

The change of heart brought Henry and his clients to Diespeker’s showroom and factory in Bermondsey, to see what terrazzo options were available.

The client initially considered using terrazzo from Diespeker’s standard range, but opted instead for a bespoke terrazzo. Their choice was, in fact, semi-bespoke, as a similar mix was used previously for a Paul Smith cash desk created for the designer’s store in Sydney, Australia.

Project joiners, Finch London, provided Diespeker with a template for the curved countertop, and the mixed terrazzo was poured into the resulting mould. After setting, it was ground and polished to reveal the stylish terrazzo, a mix of grey, black and red/brown marble chippings in a light cement background.

The finished terrazzo countertop and bar segue perfectly with the oak panelling and rich wood in the restaurant, complementing the clean white walls and table tops.

Located in a former Victorian dining room, Llewelyn’s, which uses simple, seasonal ingredients in its dishes, is close to Brockwell Park and Lido. With an outdoor dining space overlooking Station Square, the restaurant offers a friendly venue with breakfast, lunch and dinner menus, as well as afternoon snacks.

Diespeker is one of the country’s leading bespoke terrazzo suppliers; using traditional methods and tools to create unique surfaces for flooring, cladding, plinths and countertops. Diespeker’s use of moulds in recent years has led to ground-breaking results unrivalled in the industry.