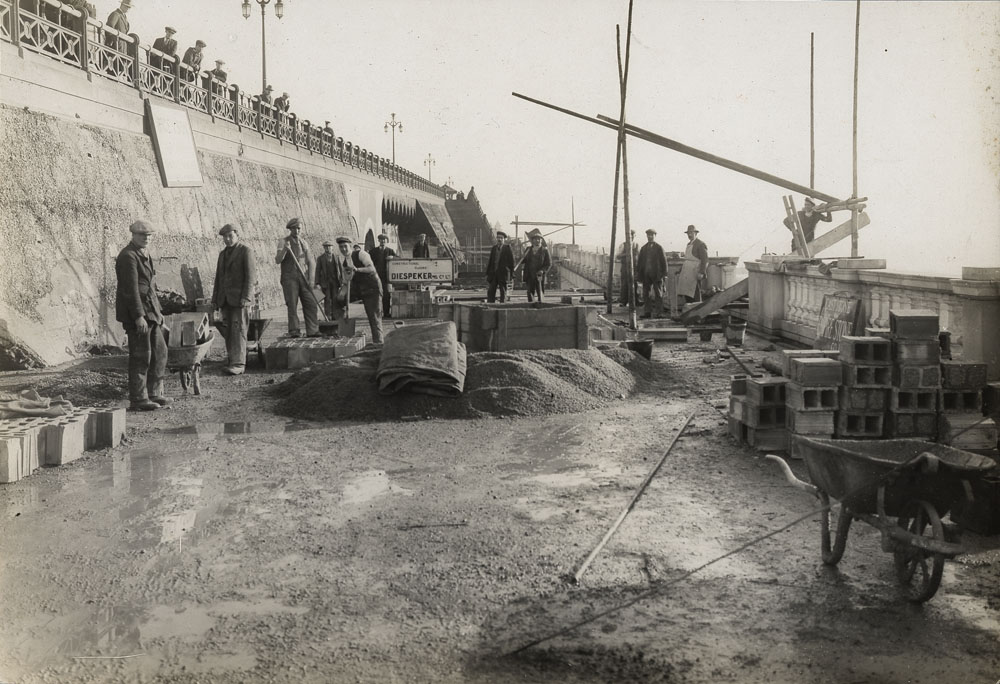 Diespeker has been in operation since 1881, so it’s not a surprise that every so often, something pops up from our past.

We were recently sent a photograph by an associate who had spotted the connection. The photo shows a Diespeker crew at work at the Brighton Sea Life Centre. The centre was originally built as an aquarium in 1872 (so just a little older than us!) by Brighton Pier architect Eugenius Birch. As well as sea life, it offered a variety of activities including a reading room and roller skate rink on the roof terrace.

Between 1927 and 1929 the aquarium underwent extensive reconstruction with a design by the borough engineer of the time. White Empire stonework was used for cladding to the exterior walls, and is this part of the work that Diespeker appears to have been involved with.

The aquarium reopened in 1929 and its interesting history continued; it housed the RAF during WW2 and was the location of the Montagu Motor Museum for some years. It became the Brighton Sea Life Centre in 1991 after a massive £1.5 million redevelopment.

It has to be said that the Diespeker team are no longer required to wear flat caps!