Diespeker is pleased to announce a collaboration with multi-award-winning garden designer Tom Massey for a brand new material, a first in the stone market.

Currently in its final stages of development, Rubblazzo is made from the rubble of demolished London buildings which is then set into a base of a special polymer-cement which has superb eco-credentials.

Rubblazzo aims to be the most sustainable terrazzo available in the UK.

Tom and Diespeker MD John Krause met when the latter was reimagining his own London garden and needed a top garden designer for the project. He contacted Tom after seeing him on BBC TV’s Your Garden Made Perfect and being impressed with his energy and vision.

The two gelled instantly and began discussing a disruption to the traditions of terrazzo with the creation of a new, sustainable and eco-friendly version, Rubblazzo.

This led to experimentation by Diespeker’s experienced bespoke artisan team who use traditional production methods to create extraordinary materials and designs.

For a team used to using marble, granite and semi-precious stones, creating beauty from unwanted London rubble was a challenge! However, the bespoke team is never fazed and put their heart and soul into making something beautiful from the debris.

After a number of prototypes were made and tested, a successful production method is now in place.

In early September, we received our first commercial order for Rubblazzo.

There are a few key features to Rubblazzo:

We anticipate that Rubblazzo will be fully launched early next year, but in the meantime, we are excited to continue researching and developing this exciting product. Combining the aggregate and and cement polymer Trimming and honing the bespoke material 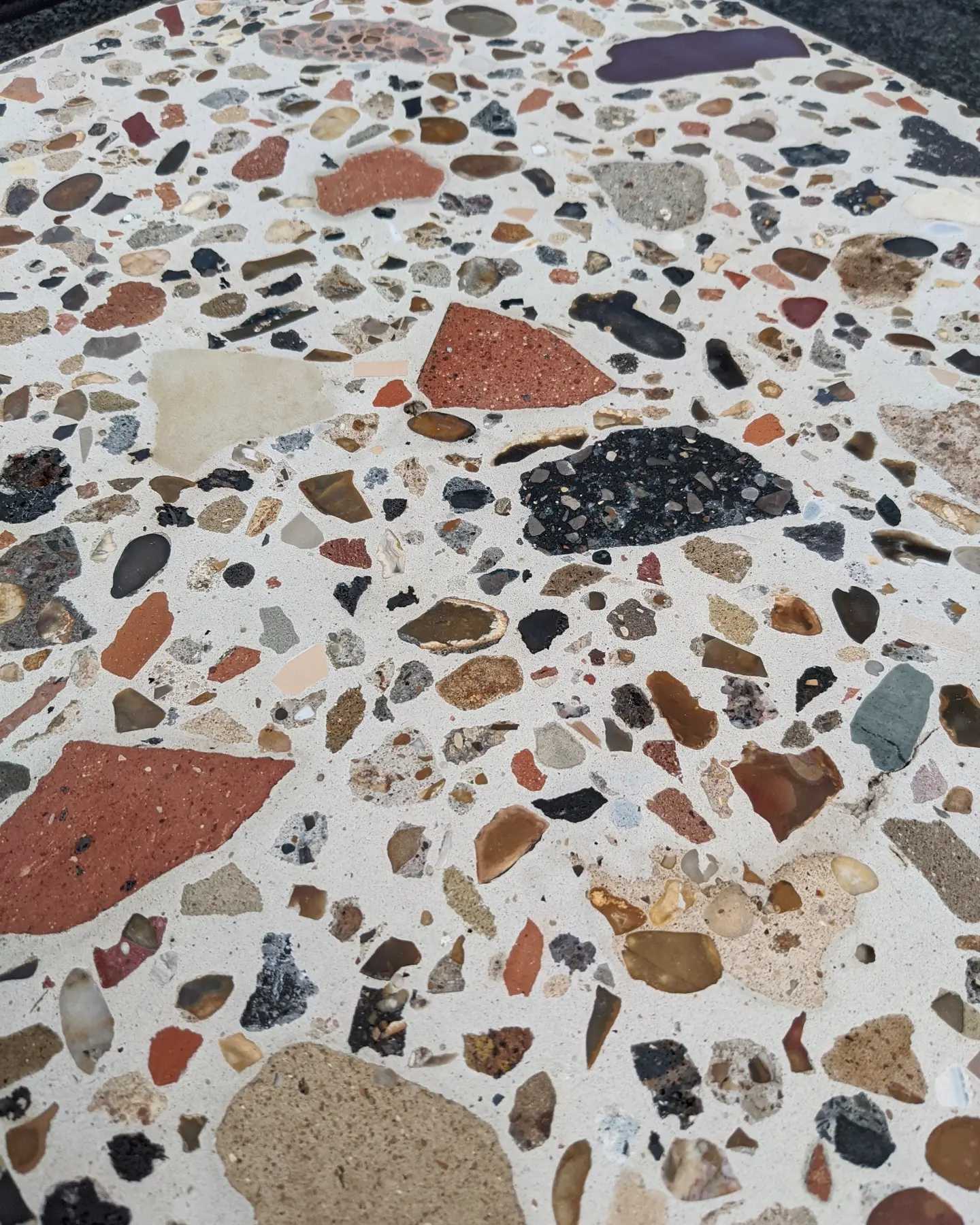 Examples of the inital rubblazzo samples