Accuracy and intricacy for OSH floor 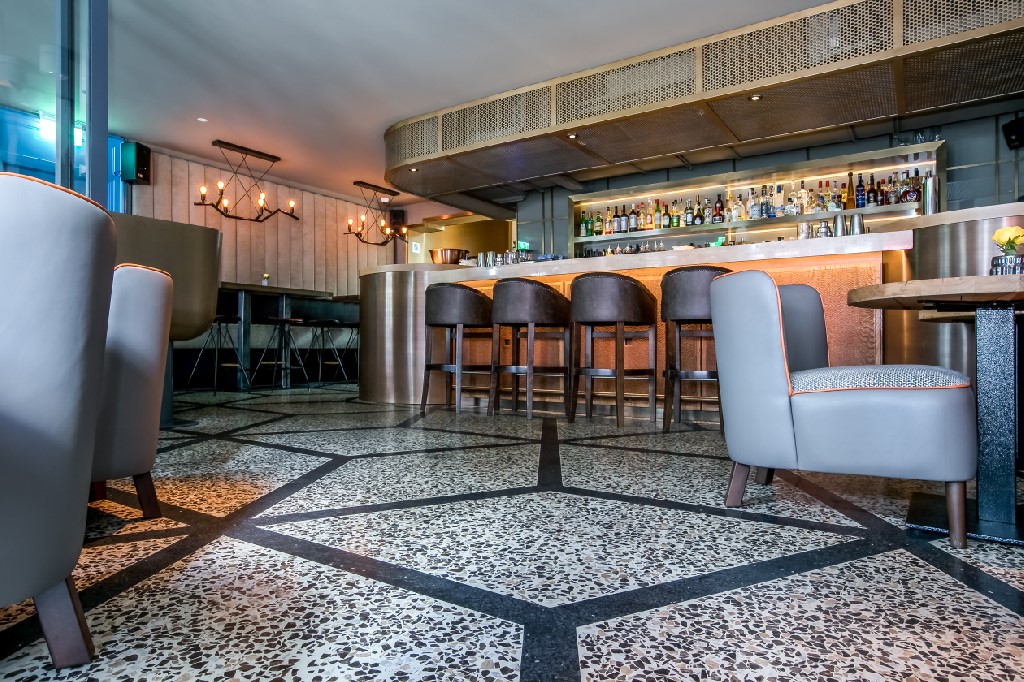 When new restaurant Osh opened in March this year it was an immediate hit with the discerning West End crowd.

The restaurant, in the heart of Knightsbridge, has been designed as a classy destination combining glitz, glamour and exclusivity, with a members area and private dining. Billed as a central Asian inspired restaurant and bar that brings a taste of The Silk Route to London, the food at Osh is an enticing mix of Middle Eastern and Eastern Europe cuisine.

Diespeker is pleased to have contributed a striking bespoke resin terrazzo floor for the bar area.

The brief called for a bold pattern. Different samples were created by the bespoke specialists at the Diespeker factory in Bermondsey, with numerous options of colourways and shape viewed and commented on before the final design was agreed.

This was a rhombus style shape demarked by black resin terrazzo and infilled with a poured cream base with brown aggregate for a very distinct style.

The project posed several challenges, not least the ambition for a seamless-looking finish from a design that required joints. And, unlike most poured resin projects, there was not a single pour, but a series of smaller pours into pre-formed shapes.

Diespeker prepared the existing ply with a fibreglass layer. Then, the extra-long strips of 90mm black terrazzo that had been made in the factory were cut to length on site to form the rhombus pattern. This was an intricate process as the site team had to ensure that the shapes were regular within the boundaries of the flooring. Once the shapes were formed, the cream terrazzo was then poured into the gaps in situ.

An additional requirement was 100mm high skirting, in the same black terrazzo as the floor.

The finished floor contributes to the attractive ambience of the bar area, which enjoys subtle hues of brown, grey and copper. 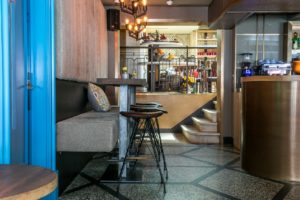 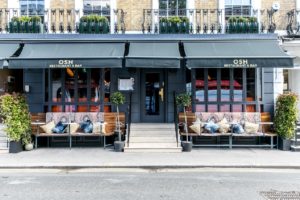