John and Ollie take on Ride London for charity stem4 A big shout out to the riders who rode in Ride London on Sunday May 29. Taking part from Diespeker were MD John Krause and our new Assistant Business Development Manager Ollie Head.

It was an early start with the riders having to be at the start line on Victoria Embankment in central London at 5.30am. Ollie set off at around 6am and John not long after.

The iconic 100-mile challenge ride was first held in 2013. John has taken part in three previous rides which went through the Surrey Hills, the old Olympic route. But this year a new route found the riders entering Essex through Epping Forest before passing through many picturesque towns and villages in the county such as Ongar, Fyfield, the Rodings and Great Dunmow.

The route included a section of the 2014 Stage Three Tour de France route which took riders through Felstead, around Chelmsford and back into London via Writtle and Ongar.

The finish line was at the stunning vista of Tower Bridge, one of John’s favourite places in South London!

Performance-wise, John was unfortunately held up for an hour due to an accident, with his finishing time re-calculated to around 5h30m. Ollie, who rode with his brother and a friend finished in 4h36m. Around 10 riders took part on behalf of stem4, raising £1000s for the teenage mental health charity which Diespeker supports long-term as our charity partner. 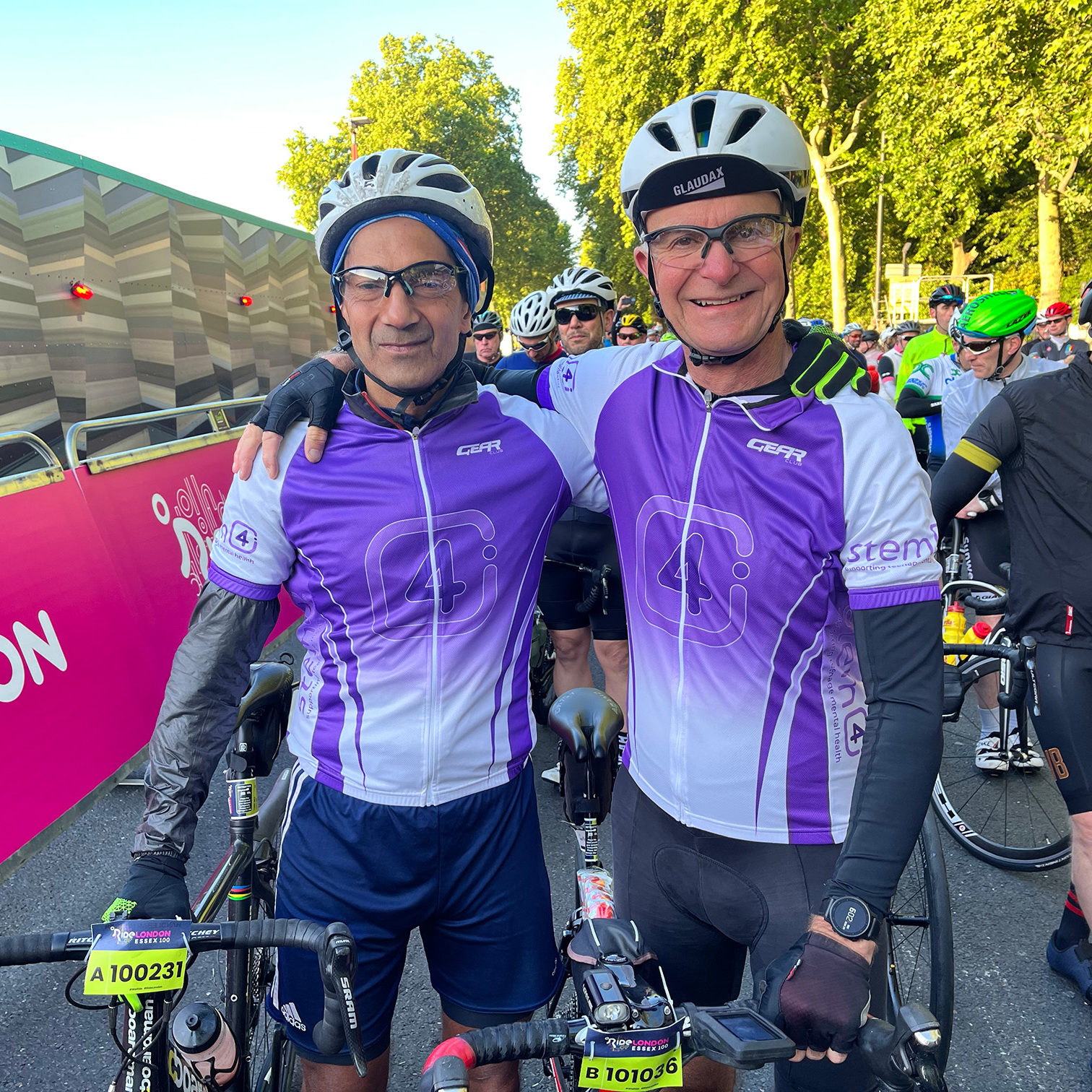