Seeking calm to balance the outside world 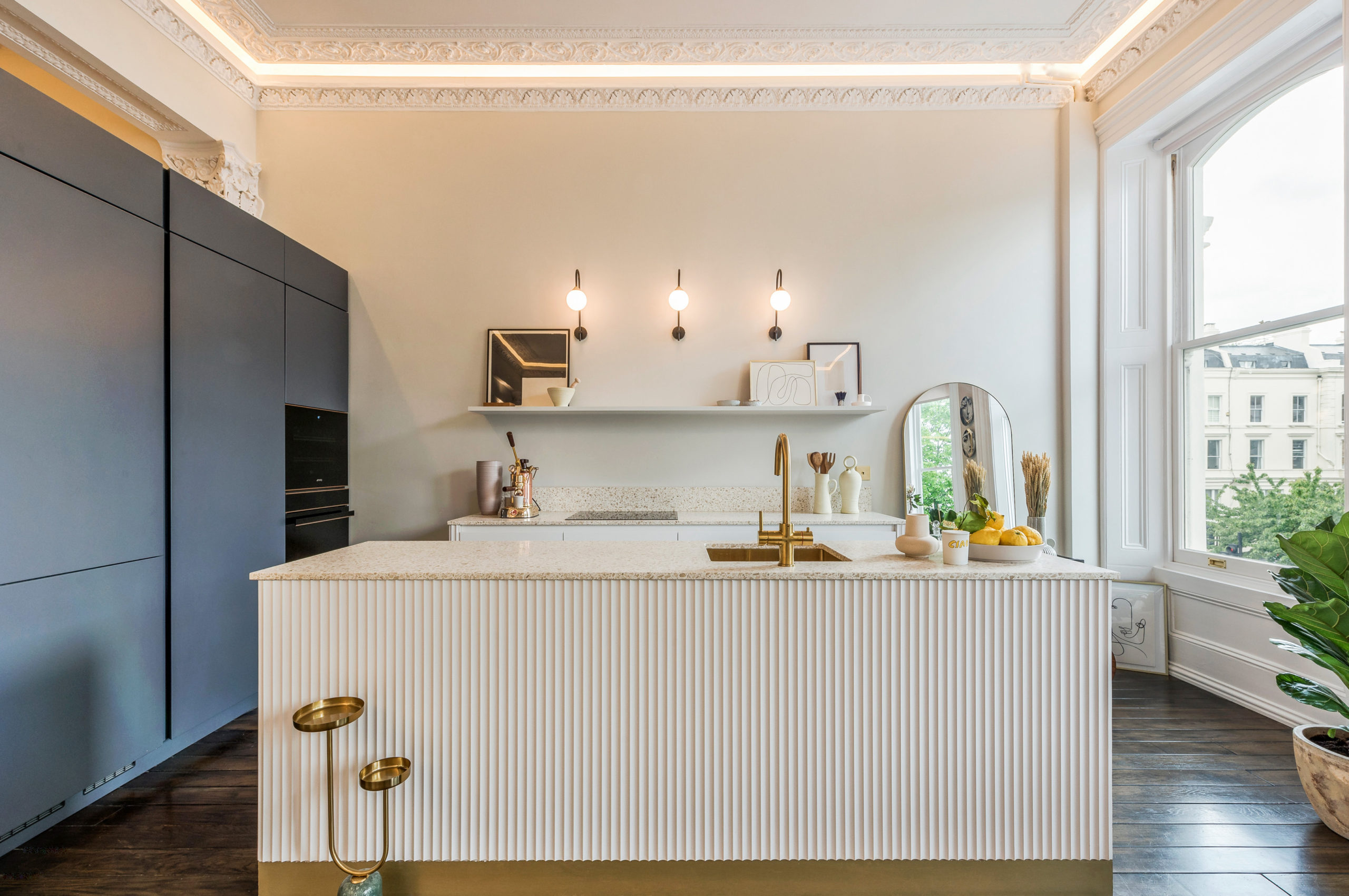 Theres Hoyos tells us why she chose Diespeker terrazzo for her new Notting Hill kitchen.

Theres’s work has taken her around the globe for the past 10 years, so when she decided to find a permanent base in London it had to be just right. Theres and her husband came across an apartment in Notting Hill in need of refurbishment that perfectly fitted the bill – moving in by the skin of their teeth on the very first day of lockdown!

Theres was keen to restore the historic feel of the property but wanted a contemporary kitchen to give a fluid feel to the open plan living area. Diespeker supplied and installed two worktops for the kitchen refurbishment: one for a kitchen island and the other for wall-fixed units including a 15cm upstand.

How did you come across Diespeker?

I’m interested in the heritage of products including where stone has been used, and I was doing some research. I found Diespeker on social media and drove over to have a look. John gave us an impromptu tour!

The design was your own inspiration?

Although my expertise is marketing I also have a background in design – in fact I’ve now moved into interior design.  I like the idea of using a home flexibly and wanted to create a kitchen that is an extension of the living space, with an open plan design – so you don’t really feel like you’re in a kitchen. The overall concept is all about ‘moments’ – moments of cooking, moments of socialising, moments of working, all in one space.

Tell us about the choice of terrazzo

I wanted to create a sense of calm in my new home to balance what was going on in the world outside during the pandemic. I needed something neutral. Both the kitchen island and worktop are a cement-based terrazzo, TE004. I opted for a polished finish with a sharp mitred edge.

The cladding is unusual – what was the inspiration?

It’s fluted wood with a metal surround, painted in Farrow & Ball’s Wevet (a delicate white with a hint of grey). It brings in texture and is visually engaging, breaking up the neutral colours).

What do you think of terrazzo as a choice for a worktop?

I chose cement rather than resin as its less porous. I’m aware that terrazzo needs a little bit of love to keep it looking beautiful. So far, as long as spills are wiped up quickly there haven’t been any issues. We’re resealing the countertops every six months to help protect the surface. I think it would be great to get a chopping board made from the same terrazzo!

How was Diespeker’s sales process for you?

It was a seamless transaction! After we chose the terrazzo, Diespeker templated the worktops and installed them, checking the fit was right with the carcasses and fluted cladding.

So are you pleased with your worktops?

So pleased with the worktops! The worktops really are the anchor of our mixed use kitchen, giving the space character without taking away from the tranquil, desaturated colour palette. Plus, I love that terrazzo is among the more sustainable decorating options.

To see more images of Theres’s kitchen take a look at the full portfolio item here.

Watch this space for news of a fantastic collaboration between between Theres’s design studio MAIE and Diespeker!